← more from
ears&eyes Records
Get fresh music recommendations delivered to your inbox every Friday.

In The New Year 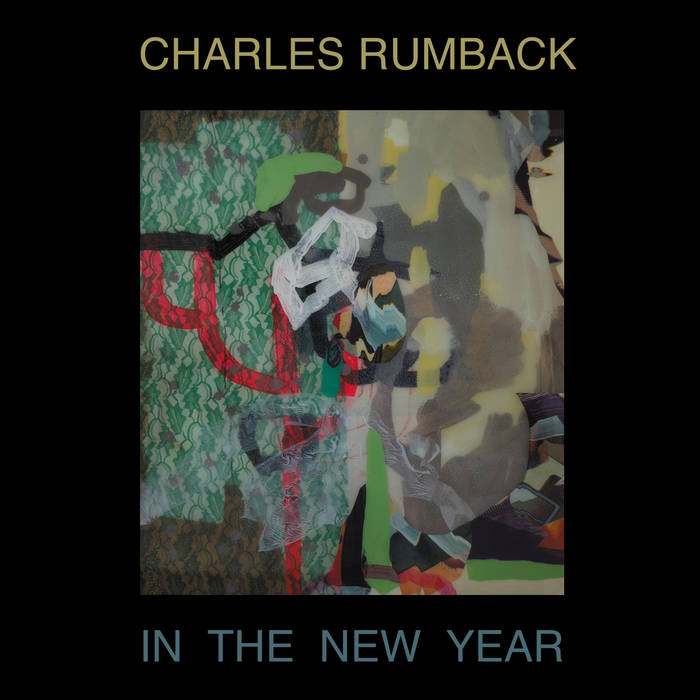 As a drummer and composer, Charles Rumback personifies the inclusive spirit that has become a hallmark of the music scene in his adopted hometown of Chicago. But while he’s been a crucial part of numerous jazz and rock bands—as well as serving as an ideal rhythmic collaborator to singer/songwriters—Rumback is stepping out further as a leader with his new quintet disc, In The New Year (ears&eyes).

“I’ve been writing music since I was 19, but it was always for the people I was playing with—whether a collaborative group or whatever,” Rumback said. “As I started to get more work all over the place, it was great, but I was spreading myself too thin. I thought if I don’t start doing my own thing, there won’t be time for it to happen. So that’s when I decided to make an effort to make it happen and then it did.”

All of Rumback’s myriad musical experiences resonate throughout In The New Year. The quick-thinking improvisational dialogues that shape his co-led trio Stirrup and duo Colorlist inform this quartet’s distinctive harmonies. Rumback also brings in the melodic sensibilities that has been key to his work with such inventive singers as Nina Nastasia and Angela James. His writing also allows for such versatile settings while creating model frameworks for improvised movements.

“I don’t believe in genres, but I listen to music that can be called a lot of different things,” Rumback said. “Even though people would say that In The New Year is a jazz record, when I’m writing, I don’t think, ‘Oh, this is a 32-bar form, I got to do that.’ And that frees me from limitations.”

Rumback’s quintet for In The New Year is composed of like-minded players with an unconventional lineup that features alto saxophonist Caroline Davis, bass clarinetist Jason Stein, guitarist Jeff Parker and bassist John Tate. All of them emerged through Chicago’s continually evolving jazz community.

“Caroline and Jason both bring a different side as horn players,” Rumback said. “Caroline loves getting inside the changes, but Jason does these wild dynamic things that push the music in a different way. They sound great together. Jeff’s a harmonic genius—every time I write these weird chords, he never asks questions. John stays down low and pushes it along in a great way. Sometimes as an instrumentalist, John does the heavy lifting because I’m more thinking about dynamics than the pulse. It goes back and forth but it’s a shared workload between John and me.”

These musicians feel just as strongly about Rumback. Parker commented, “Charles is a super-flexible musician—he’s very open-minded conceptually and when I play music with him it feels like we can go in any direction, because he’s got so many resources and experiences to draw from. He’s worked at getting a great sound on the drums and composes with a similarly open-ended palette.”

Six of the eight pieces on In The New Year are Rumback’s own, along with Tate’s “Peaceful Giant” (a tribute to Ron Carter) and a new interpretation of classic jazz composer Andrew Hill’s “Tough Love.” All of these works showcase Rumback’s lifelong interest in working with both defined structures and spontaneous open-ended solos: In his quintet’s hands these seemingly disparate elements easily blend. His own tunes range from the succinct title track (which has no improvised movements) to the multi-part suite, “Dragons In Denver.” And on “Portrait Of Lorena,” Parker’s ear for unusual harmony adds new dimensions to one of the first compositions that Rumback wrote. An emphasis on quiet, yet compelling, group dynamics tie all of the tracks together.

“In a lot of the bands I love, it’s the melody, harmony, texture—all those things are really present,” Rumback said. “Sometimes it ends up being more on the free improvised side, sometimes it’s really structured. Where there are subtle melodies there are also strong harmonies underneath it, like on Andrew Hill’s ‘Tough Love.’ He can do so much with a simple melody because of the harmony and the way the musicians are propelling behind it.”

A native of Hutchinson, Kansas, Rumback immersed himself in disparate musical idioms from an early age. Shortly after discovering John Coltrane and Miles Davis albums as a pre-teen, he spent the next four years backing local R&B saxophonist Ralph Brown. He moved to Chicago in 2001 where he completed his music degree at Roosevelt University. Over the next 14 years, more groups in the city have highlighted his drumming and compositions. In 2009, he released his debut as a leader, Two Kinds Of Art Thieves (Clean Feed). As Rumback has pursued opportunities around the world, he has collaborated with renowned trumpeter Ron Miles, including in the collaborative group, Whirlpool. Miles already knows what the world can expect from In The New Year.

“Charles is one of the most musical drummers on the scene right now,” Miles said. “He elevates every bandstand I have heard him on. Sensitive, creative, propulsive and dynamic—Chicago is lucky to have him. And the rest of us appreciate the Windy City's willingness to share him.”